Welcome back to the 2nd iteration of the v5 community update. Like before, I'll be highlighting some of the progress that's been made with this massive overhaul of the members system. If you haven't read the first part of the series of community updates, it's available right here.

Like every other page, clans have been changed significantly. From the backend to frontend, it's become more accessible and user-friendly, no matter what device you're viewing it on. 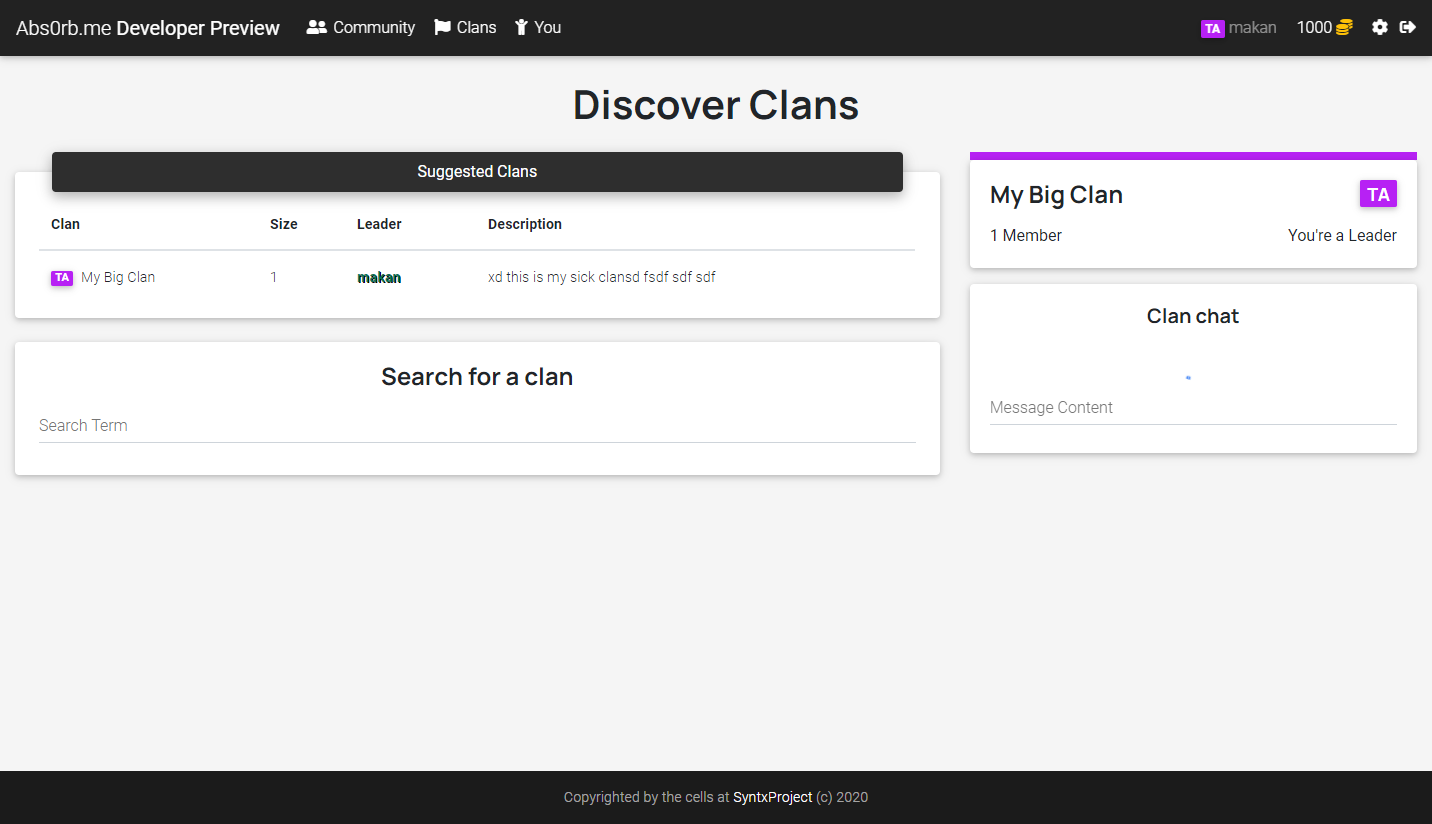 Users are now able to view suggested (public) clans, even when they are in their own clan. Information about your own clan and access to the clan chat (which is not fully functional, yet) is tucked to the side and out of the way. Suggested clans rotate through a random list of 10 clans, allowing you to visit the pages of many different clans. Searching is also available right on this page:

Clans get a neat new strip on top of their cards that just emphasis the selected color of the clan. You're also able to see whether a clan is private or public right on the search page shown by the icon next to the clan owner.

Clicking on your clan tag will take you to your own clan, where you'll be able to customize or manage it. 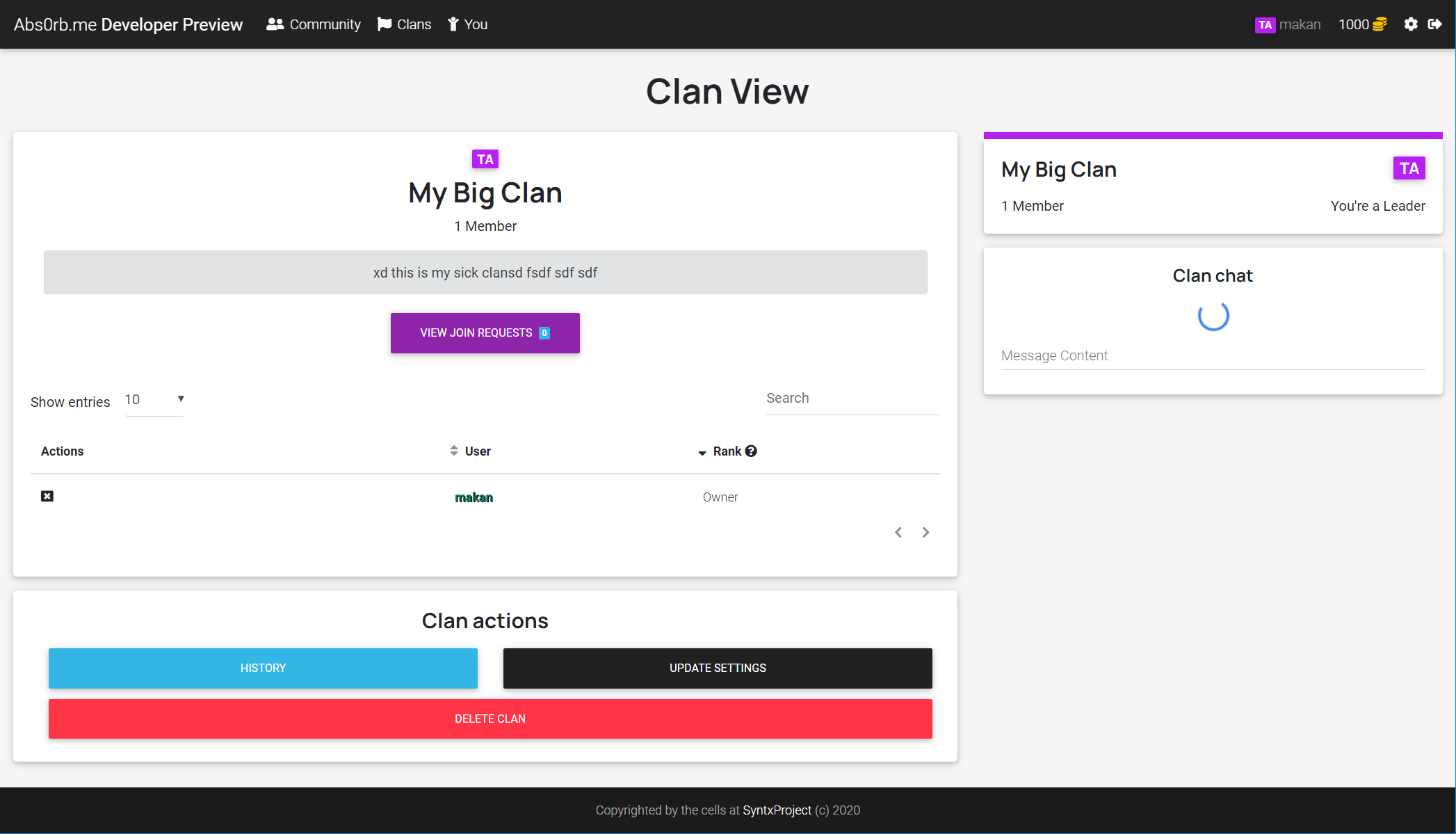 Everything from the table down to the font has been redesigned to feature a modern and brand new look. You might have also noticed the brand new button, known as join requests.

Clan join links have been replaced by this brand new system of join requests. Users will now be able to click a button on the clan page to request to join a clan. Then anyone with a helper rank or above will be able to accept or decline the requests to join. Alongside this, every single button now just shows up a modal with the information you need instead of making you jump between multiple different pages, making everything accessible on just one simple page. This includes things like, updating settings: 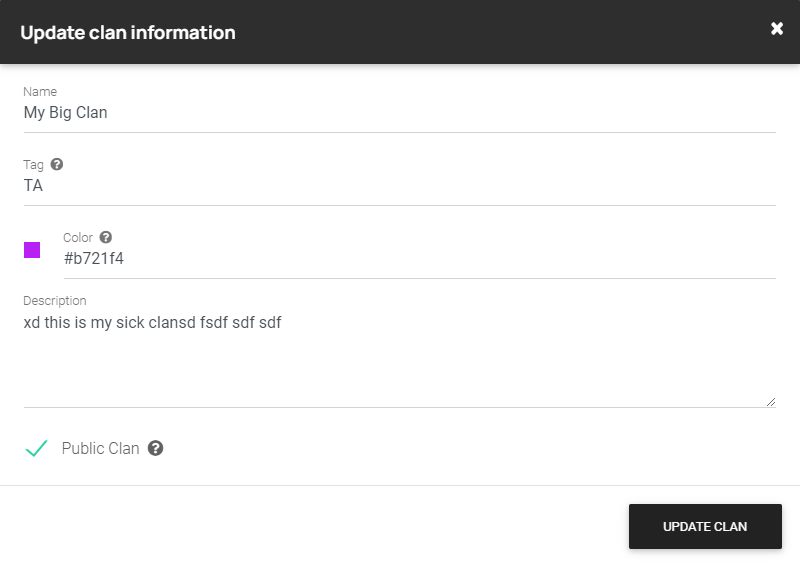 Even deleting your own clan (Of course with a popup, to make extra sure you intended on doing this!): 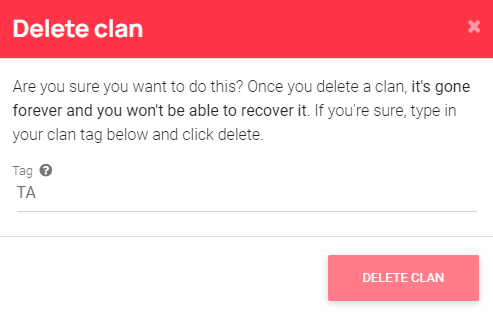 Sorting with tables has now been improved significantly from v4. You're now able to sort users by their actual rank (owners then co-leaders, etc) instead of just by alphabetical order (A well known bug since v2). Alongside that, some brand new icons have been added for promoting, demoting, and kicking users with tooltips providing more information of what the icons actually do if you're ever confused.

To add onto the image above, clan leaders are now able to transfer ownership of their clan to other accounts!

We know it can be a bit confusing going around clans for the first time, not knowing what different icons or roles mean. So many new information help bars have been added to assist new users on the many different parts of the website. Starting with the different roles of users: 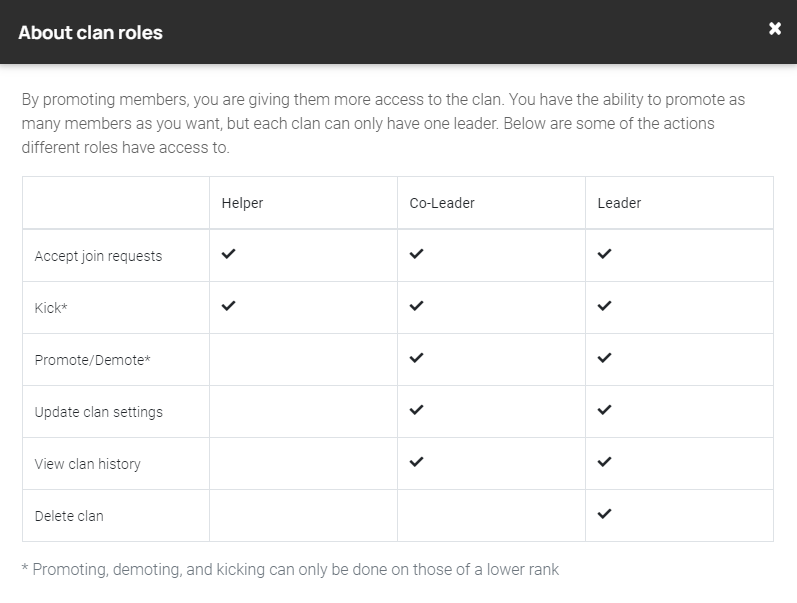 Down to the help tooltips on the many different input fields: 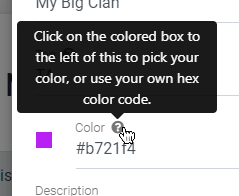 So much to talk about

There are tons of things from big to small that have been changed, but I'll let you try those out for yourself once the public beta rolls out within the next couple of weeks. If you're interested, feel free to join our Discord for more information on how to get access to that once it rolls out. It's also a place where you can meet others that play abs0rb, talk to the developers, and much more, so why not join? See you in the next community update!